Enter your City name or Pincode

Bawani Khera is one of the municipal towns in Bhiwani District of Haryana state. It is renowned for beautiful temples, which has helped her to earn the title of little "Kashi" among local people. Besides, it is one of the six Vidhan Sabha constituencies in Bhiwani District and therefore assumes immense political importance. Below is a complete profile of this small municipal town, wherein we’ve explored all the important aspects, which will give help you to understand this town much better. 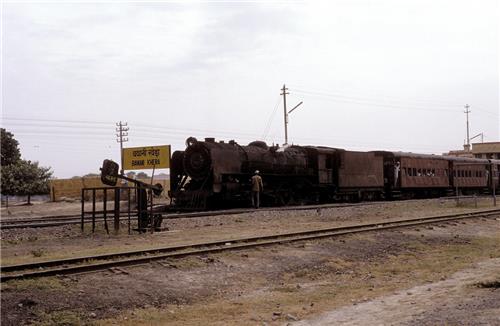 History of Bawani Khera town is indeed very enigmatic. It is strongly believed that some 800 years ago Bawani Khera was called by the name ‘Anupgarh’. However, in later centuries this name was replaced by existing name Bawani Khera, which was derived from a queen of local rajput king. Her name was believed to be Bhani. For many decades people believed that apart from few hearsay stories and popular myths there is not really much to history of this town. However, archaeological discoveries found in nearby Mitathal village have proven its linkage to famous Indus Valley civilization, which most historians consider as one of the greatest and richest civilizations of ancient era.

Bawani Khera has a very under developed economy and is hence even today over dependent on traditional agricultural sector for its sustenance. More than 60% of working population is employed in agriculture sector. All these should be sufficient to tell you that there are very less industrial plants operating in this town. This is why many locals flock to Bhiwani city for employment, as there are many large and small industrial plants operating there. To just name few large scale industries where Bawani Khera’s locals are working in huge numbers, then they are Grasim Bhiwani Textiles Ltd, M/s Hindustan Gum & Chemical Ltd, M/s Elegant Spinner, M/s Summo Fibre Industries.

Bawani Khera Municipal Committee is the most important civic administrative body in this town. This obviously means that entire civic administration and civic responsibilities of this town is solely looked after by this municipality body. Be it supplying water to all households or be it maintaining sanitation of the entire town or contrasting new roads in town. Besides, Bawani Khera municipal Committee is legally authorized to impose and collect revenue taxes from all households. Speaking about administrative details of this municipality body, then as of today there are 13 wards, for which elections are held after every 5 years. 2011 census revealed that nearly 20, 289 people were living in these 13 wards.

Starting with local transportation, then that is taken care by auto rickshaws, whose numbers are just about decent enough. To compensate for their less numbers private jeeps and tempos do chip in. These private jeeps and tempos not only connect commuters to local destinations, but also far away many villages and towns. They therefore not only compensate for lesser number of auto rickshaws, but also for non reliable state transportation buses. As far as connectivity is concerned, then Bawani Khera Railway Station plays a very important role. Although it is a very small station, but it is directly connected to many adjoining important cities. This includes Bhiwani, Rewari, Hisar and Jaipur. Though over all connectivity of this station may be poor, but it still enjoys considerable importance among locals.

Safety and Security in Bawani Khera

Unfortunately as of today only two or three reputed banks are operating their branches in this town. These are Punjab national bank and State Bank of Patiala. Both are PSU or state owned banks. There are literally no private sector banks in this town. In fact with just two PSU banks operating here it is very obvious that even most of the reputed PSU banks are completely absent in this town. The overall poor scenario existing in banking sector is a clear reflection of just how underdeveloped is the local economy here. We can only hope that in future if not private banks, then at least few PSU banks will open their branches to improve banking services here.

Fortunately on the front of mobile and internet services Bawani Khera has made progress in leaps and bounces during last one decade. Because of this progress today services of almost all the leading operators are available in this town. Most of these mobile service providers are also providing 3G and 2G services in many parts of the town. In coming years though 3G and 2G services should be available in almost all parts of the town. Over all it is very heartening to see that today Bawani Khera town is fully connected with rest of India via mobile and internet services.

Bawani Khera at a glance

Are you a Business Owner?

Add the products or services you offer